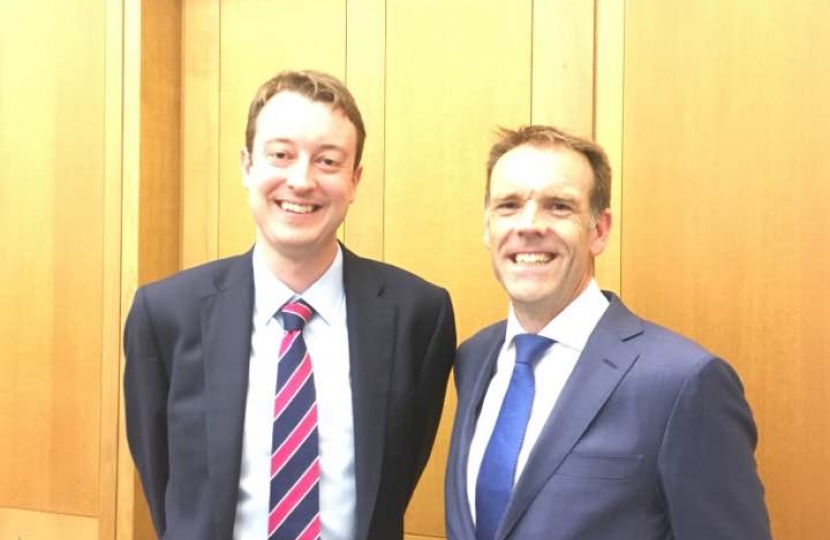 Middlesbrough South and East Cleveland MP Simon Clarke has been elected to serve as the Vice Chairman of the All Party Parliamentary Group (APPG) on Steel and Metal Related Industries.

The APPG, made up of MPs from both main parties, exists to fight for a fair deal for UK steel by working to raise the profile of the industry and the communities that rely on it, as well as developing policies which will help the industry to thrive in the future.

Simon, who will serve alongside Redcar MP Anna Turley, the APPG’s Secretary, has already written to the Minister for Defence Procurement, Harriet Baldwin, to request talks to discuss how the Ministry of Defence can support the domestic steel industry by maximising the amount of UK steel used in major projects like the new Type 26 frigates announced earlier this month.

Simon is set to visit the British Steel Special Profiles site in Skinningrove in his constituency this Friday to meet management and workers and learn more about the industry’s needs.

Speaking after his election, Simon said:

“Steel is one of the things that defines Teesside and I am very proud to take on this important role championing the industry.  I will work as hard as I can on a cross-party basis to ensure there is a bright future for steel making both on Teesside and across the UK.

“I’m looking forward to meeting management and workers at British Steel later this week and will do everything in my power to ensure the Government uses UK steel whenever possible – my letter to the MoD will be the first of many conversations about this.”