Fighting for justice for Luke 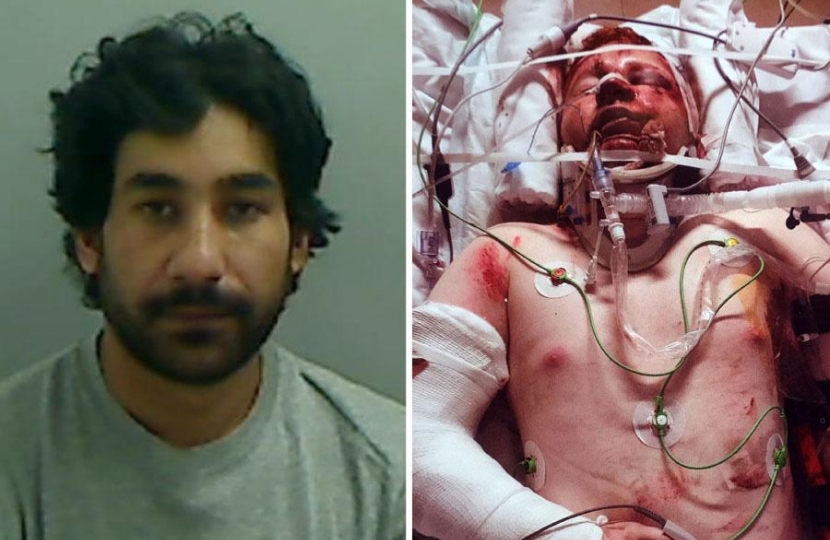 I met my constituent Luke Mason at my surgery recently to discuss the appalling injuries he suffered during a hit and run incident in Middlesbrough town centre in October 2017.

Luke and his friend Matthew Lockwood were thrown into the air by the force of being hit by a car driven by Hadi Hamid, who was driving while disqualified.

Luke suffered extensive injuries to his head, spine, neck and stomach as well as several broken bones. He had to be placed in an induced coma and has undergone several major surgeries.

Luke is a very intelligent, articulate and brave young man and I'm glad to say he is making a good recovery - but some of his injuries may never heal. This has clearly been an horrific experience.

There has been a lot of social media commentary about this case recently because we understand Mr Hamid is being released after serving two years of a five year sentence, with people asking whether anything is being done. I have now secured Luke's permission to disclose how we are proceeding.

I have written to the Secretary of State for Justice to ask him to meet myself and Luke as a priority.

First, I want to discuss the sentencing guidelines for crimes of this nature, which in my view are far too weak. The judge himself observed at the trial that he felt the sentence should have been stronger:

"As far as the maximum sentence is concerned...any alteration would require Parliamentary attention. But there are many many people who would wonder whether five years was sufficient for causing injury while driving a vehicle which, if misused, would be likely to cause far more injury than a simple assault."

Second, I will ask the Secretary of State to review the very strong case for Mr Hamid, who is originally from Kuwait, to be deported under the UK Borders Act 2007 as a foreign national offender. This was a horrible and cowardly incident with devastating consequences.

I will keep you updated on further developments, but please rest assured action is being taken.

Why I backed Boris

I voted in confidence in our Prime Minister Boris Johnson - here's why.

He honoured the wishes of the British people and delivered Brexit when no other major politician would or could have.