Why I backed Boris 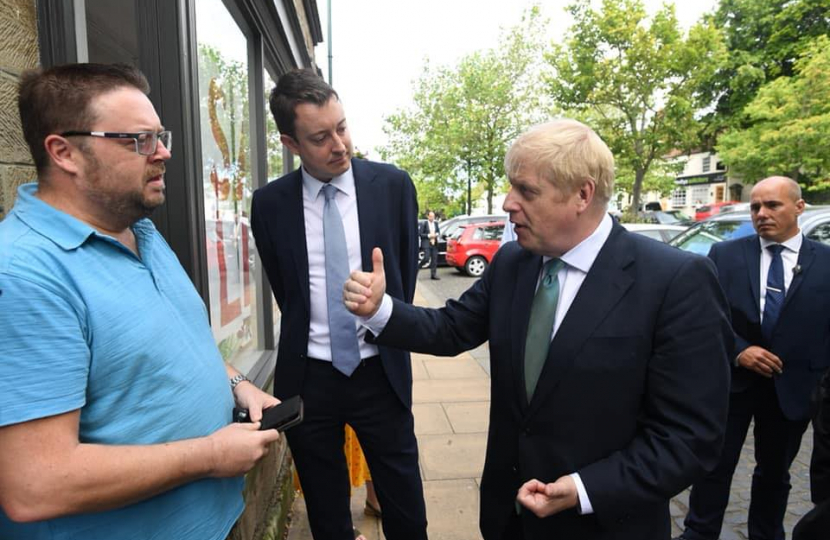 I voted in confidence in our Prime Minister Boris Johnson - here's why.

He honoured the wishes of the British people and delivered Brexit when no other major politician would or could have.

Since then he has led us through Covid, delivering the fastest vaccine roll-out and showing real leadership both to restore our freedoms last summer and to prevent lockdown last Christmas with Omicron.

He spearheaded the West’s response to Russia’s attack on Ukraine, providing weapons and strong moral support while other world leaders equivocated.

For Conservatives, it is crystal clear to me that Boris Johnson and Boris Johnson alone won our historic victory in 2019, defeating the horror of a hard Left government under Jeremy Corbyn and assembling a broad and deep electoral coalition ALL our MPs benefited from.

He has won every major election he has fought because he is a politician with the capacity both to inspire and to deliver. With Covid overcome, we have over two years to return to our core moral and economic mission of levelling up life chances across the UK.

Working as a minister alongside him, I know how hard Boris works and how deeply he cares that we should deliver, most especially for people who Westminster has too often ignored, patronised and neglected.

He fully deserves the chance to stand for re-election on his record.

I would like to thank Northumbrian Water for their rapid and comprehensive response to what turned out to be a very complicated repair job after a sewage pipe was damaged by a third party working at Cat Nab Car Park in Saltburn.