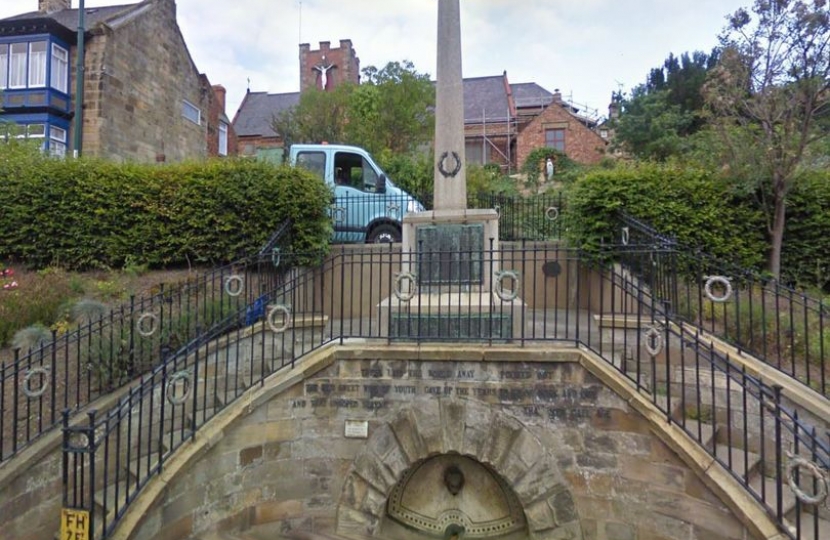 There are only two ways to respond to the theft of charity money from a Church: sadness and anger. I feel both this morning, and particularly the latter. As I said in response to Graham Cutler's post yesterday, this was a cowardly and unChristian act and whoever did it needs to be caught. If you can help, please contact the Police on 101.

But this incident is sadly not alone. So where do we go from here?

As you know, since I was elected last year I have been listening to passionate voices like Graham's, Tim Gray and Loftus councillors Wayne Davies and Mary Lanigan, as well as others like Barry Hunt, Craig Holmes and Tim Dobson. They all share the same anger and disgust when people who work so hard for what they have are the victims of crime.

At one level, more money for the Police is clearly part of the answer. Police funding will increase in 2019, but I want to see more. I met Home Secretary Sajid Javid in November to empasise forcefully that a Conservative government should always be tough on crime, and to pledge my support for his campaign to win substantially higher police funding in the 2019 Spending Review, which will set the financial priorities for the rest of this Parliament.

However, I don't have the luxury of opposition politics, where "spend more" is always the only answer. I always try to be very honest about the choices we face. Every penny we spend is hard-earned taxpayers' money, and although we have come a long way since 2010 we are not out of the woods.

That's why I am backing Chief Constable Mike Veale's plan to reform Cleveland Police, so we get more officers out where they want to be - on the front line. You can read more about Mike's plan here.

I am meeting the Chief Constable and the Police and Crime Commissioner next Friday and this incident will be a key aspect of our discussion. I will be asking for an update against every part of the Chief's plan and will underscore how strongly my constituents feel about fair resourcing for an area that often feels like the forgotten part of Cleveland.

Sentencing is also part of the answer. Just before Christmas I wrote to Justice Minister Rory Stewart to ask for an urgent meeting about how we can better control the repeat offenders who blight our area, and this will also be a big part of my work in the new year.

So my message this morning is - I get it, and I care passionately about putting this right. And thank you to all those of you who represent the overwhelmingly decent majority. In the end, good does prevail over bad, and we need to remember that this morning.