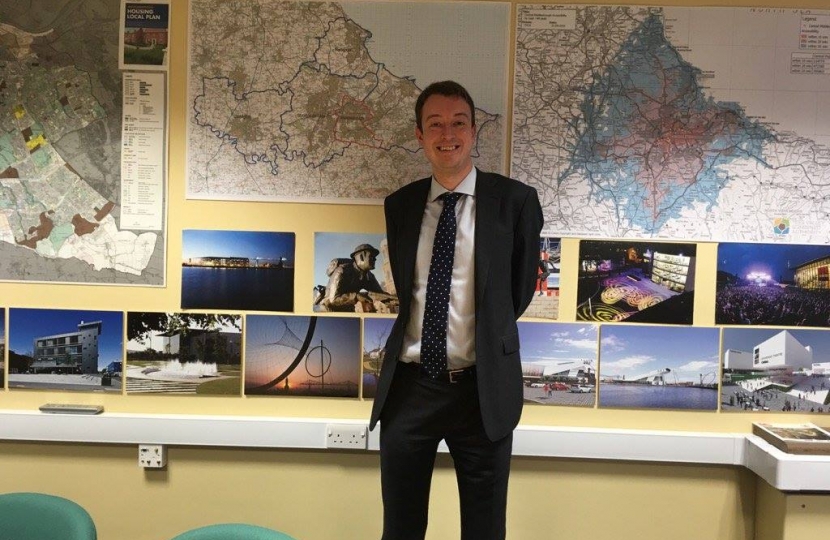 Today, Simon Clarke MP has sent a letter to Middlesbrough Mayor, Dave Budd, and Middlesbrough Council urging them to use the second half of 2017 to prepare a comprehensive and detailed bid for Government funding to tackle the Marton Crawl. In the letter, he warned them that the public will not forgive local politicians if they fail to address the problem.

With the Government’s new £1 billion/year fund to improve the Major Road Network due to open in 2018, and following advice given by the Roads Minister, Simon explained that bids from councils should ideally be in a range between £30 and £50 million. This would be sufficient to fund a range of measures which, combined, would help to ease traffic pressure on the Marton and Stokesley Roads.

The letter acknowledged that, with the Swans Corner route for an East Middlesbrough bypass closed off, there is no silver bullet to resolve this problem. However, there are a number of what could be termed 'bronze bullets' which, added together, would make an enormous difference. These could include a bypass between the Longlands Trunk Road roundabout and Ladgate Lane, the addition of new sliproads from Ormesby Bank onto the Parkway, junction redesign where Dixons Bank meets Stainton Way and a potential park and ride scheme.

Simon will be holding a large-scale residents’ survey this summer to ask south Middlesbrough residents how they think the problem can be tackled, and to gain evidence on how it is affecting their lives.

The letter tells Mayor Budd that we should be working on a cross-party basis for the good of the town. This should enable us to put together a really strong bid. Simon will back a bid by Middlesbrough Council at every step of the way. We should be clear: the time for action is now, and the public will not forgive us if we fail to seize the opportunity.