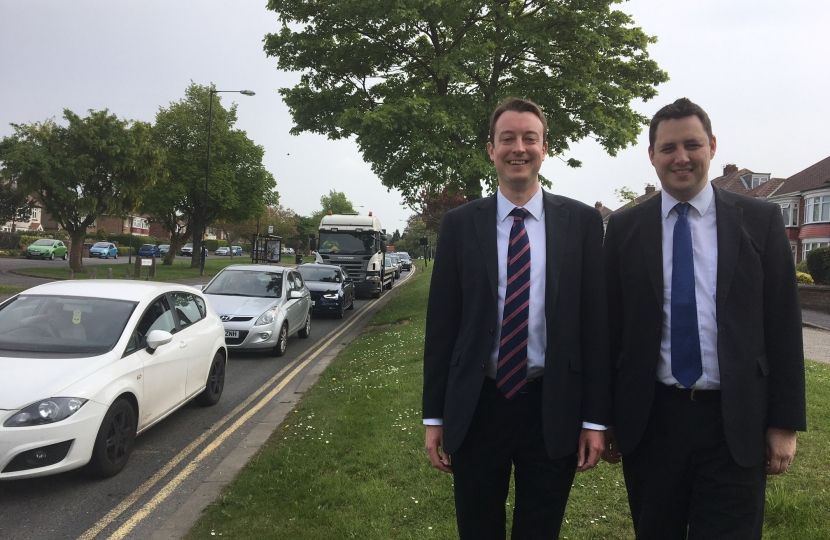 Simon Clarke has welcomed this morning’s announcement by Transport Secretary Chris Grayling to launch a billion-pound local transport investment fund. The fund is specifically targeted at roads managed by local authorities, and will go towards improvements such as bypasses. Simon has said that:

"Today's announcement is an important step to keep Britain moving, help commuters and strengthen our economy. There's a real opportunity for both Middlesbrough and Redcar and Cleveland Councils to bid for funding and I hope and expect Middlesbrough Council in particular to explore all options to address the Marton crawl."

"We all know the difficulties that exist with delivering a full bypass option in south Middlesbrough but there are other actions that need to be explored in depth, including a bypass for a section of the route, adding sliproads to enable people to use the Parkway to switch between the Ormesby Bank and Marton Road routes in and out of town and also looking at whether the junction at Stainton Way is designed to deliver the smoothest traffic flow."

"The Government has put its money where its mouth is in terms of road funding and it's up to local authorities on Teesside to step up to the plate - I'll be there to support local bids every step of the way."

Simon has already spoken to the Head of Transport Policy at Middlesbrough Council, David Carter, and arranged to meet him and his team as a priority to discuss all the available options.

Simon is arranging to meet the Roads Minister, Jesse Norman, before Parliament's summer recess to set out why funding for Middlesbrough South & East Cleveland is so crucial. He is also in close contact with Tees Valley Mayor Ben Houchen.