My votes on Brexit 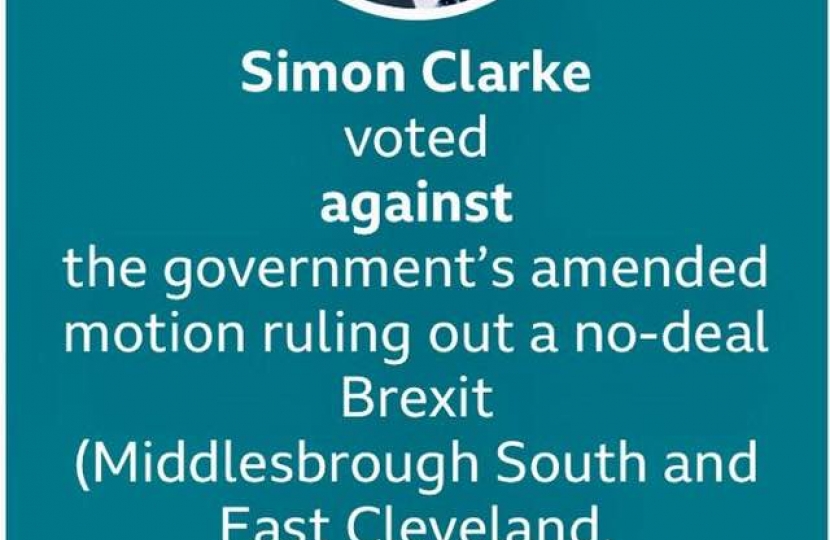 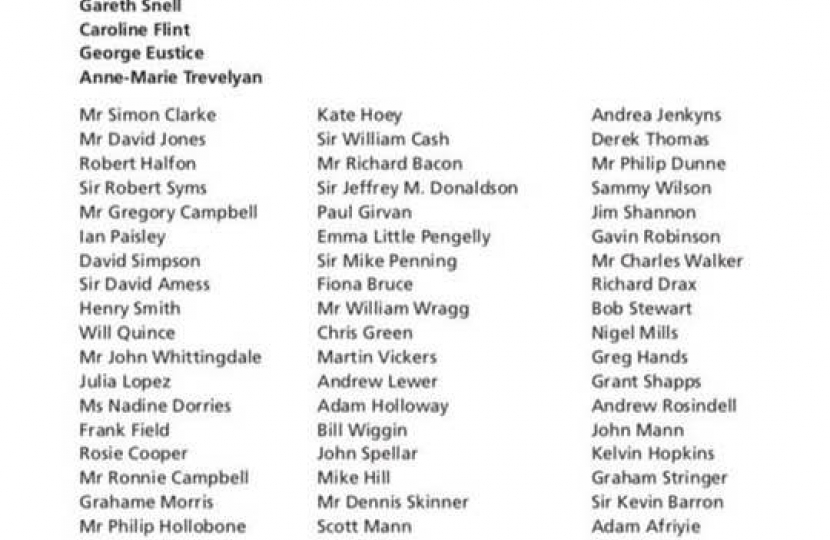 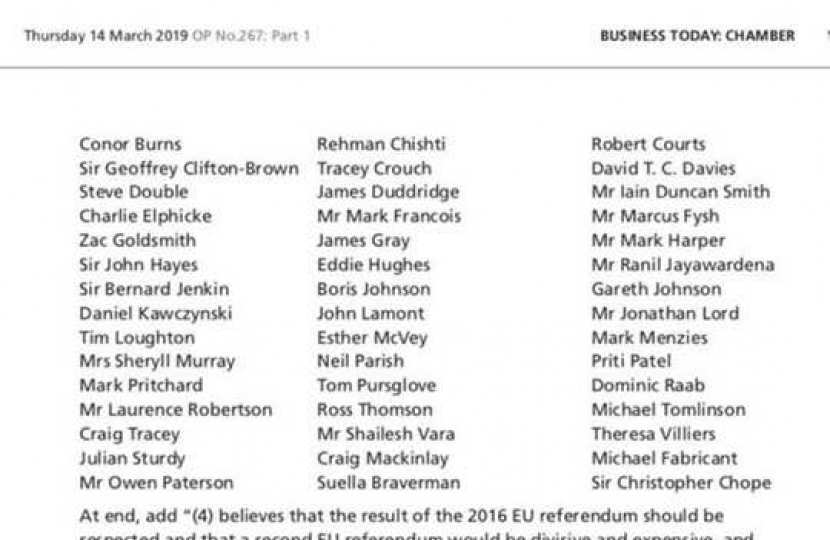 I want to provide you with an update on my votes this week.

Yesterday I voted against removing No Deal from the table. This is clearly a terrible idea and would deprive us of all negotiating leverage.

As you know, that vote was passed, and some of you will have seen my response on the News. To watch some very senior ministers abstain and Labour celebrate was appalling and I am every bit as angry and dismayed as the many of you who have written to me overnight. Thank you for all your kind messages.

The motion is not legally binding, but it is now clear that the same coalition of MPs would put it into law if the Government moved to try to stop them.

Today is a chance to fight back. I am a lead signatory on an amendment to rule out a second referendum and I will be opposing extending Article 50. I have always stood firm on the principle that the referendum vote should be respected, and I will not let you down.