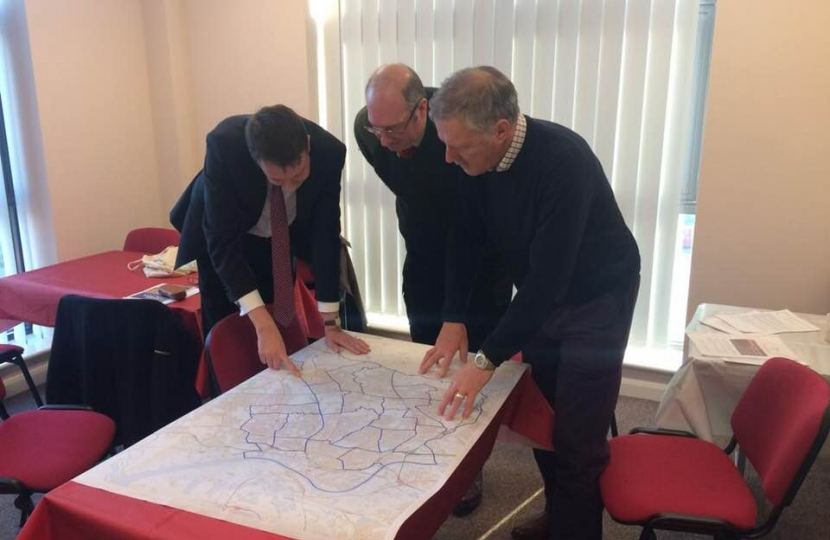 The fight to solve the Marton Crawl continues, and on Friday I held really good talks with passionate campaigners determined to ensure we get the right solution. This seems a good time to share a number of important updates:

The Council's proposals for these £1.7m widening works at the top of Dixons Bank are understandably controversial. I have agreed to press the Council for full release of the data they have collected on air and noise pollution at the junction, and (most importantly) to understand when these works are set to begin.

I also agreed we need to discuss the bottleneck roundabout outside Kings Academy in Coulby Newham, to ensure that concerns about a "Coulby Crawl" are fully factored in to the Council's plans.

I have been told by the Council that the Highways Agency, responsible for our dual carriageways, are very reluctant to see people hop on and off major A-roads for one junction only, but the idea of getting sliproads facing both ways at Ormesby Bank is one a lot of people continue to support. This could allow people coming in from the east of the town to avoid coming down Marton and Stokesley Road altogether.

I will meet the Highways Agency in January to get clarity on this issue once and for all.

Because sadly the full bypass option culminating at Swans Corner has been ruled out by the new Roseberry Manor estate at the roundabout there, the road options are constrained. In recent months, as I have previously posted, I have been in talks with Northern Rail and Ben Houchen,Tees Valley Mayor, about how we could make better use of the railway line running into town from Nunthorpe via Gypsy Lane, Marton-in-Cleveland and James Cook Hospital.

Those talks are now further advanced and the Transport Secretary Chris Grayling is fully engaged. Following my initial briefing last month, I spoke to him about this again this week and he is enthusiastic about this option, which could lead to a new station outside Nunthorpe with a park and ride. This has the potential to be transformative, and is a top priority for me as we enter 2019.

I hope this is helpful. As always, please SHARE this post to spread the word and I genuinely welcome all feedback either on here or via simon.clarke.mp@parliament.uk.

We will get there in the end!!