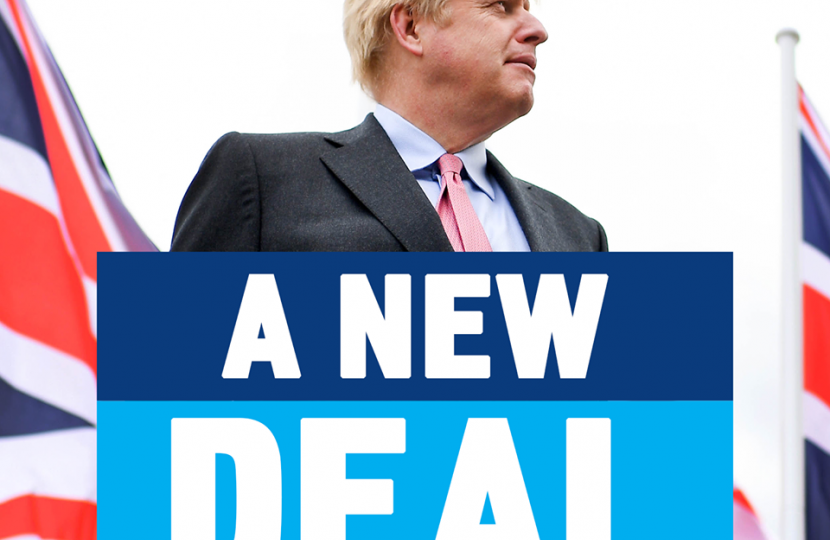 It is marvellous news that we have a good new Brexit Deal that will allow us to take back control and leave the EU on 31 October. The anti-democratic backstop has been ABOLISHED, we will be able to strike our own free trade deals and Northern Ireland will be in the UK customs territory forever.

Boris Johnson has been Prime Minister for 85 days. When he took over, everyone said it would be impossible to get a new deal and get Brussels to retreat. He’s pulled it off. Boris has:

1) Forced Brussels to re-open the deal – something many said was impossible.

2) Ensured Britain will no longer be bound by EU laws and taxes – something many said was impossible.

3) Ended the supremacy of the European Court in Britain – something many said was impossible.

4) Removed the backstop and ensured that the people of Northern Ireland are in control of the laws they live by – something many said was impossible.

On Saturday the House of Commons will vote on this deal. It is time that all of us who were elected on a promise to respect the referendum result get behind this deal and vote to get Brexit done!! The time for excuses is at an end.

Labour MPs on Teesside should respect the overwhelming mandate for Brexit from their voters, and rather than back Jeremy Corbyn’s ridiculous and divisive second referendum, focus on delivering a smooth exit for our country from the EU.