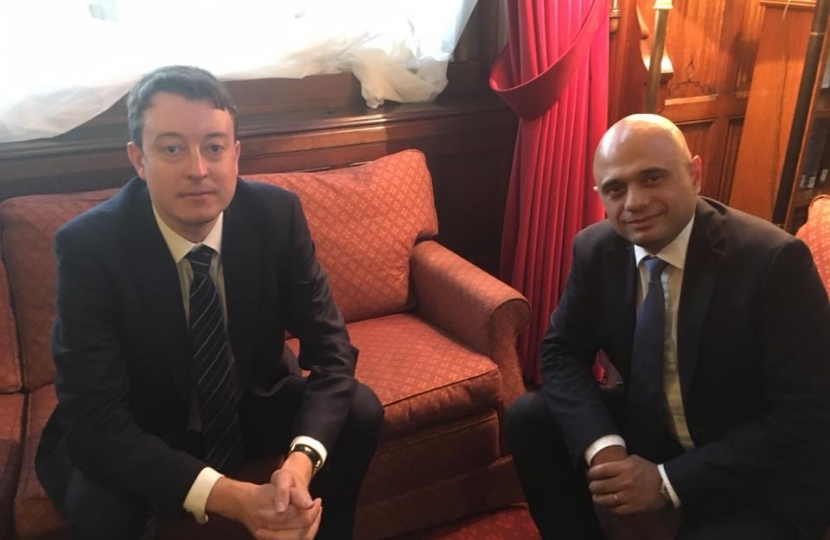 I am very clear more needs to be done to tackle crime across our constituency. I met the Home Secretary, Sajid Javid, to make this point forcefully yesterday. I told him about the depth of concern that is felt in our communities and said it is my number one domestic policy priority.

Our new Chief Constable, Mike Veale, has set out a strong plan to ensure we get maximum deployable officers from the Cleveland Police budget of £125m. But it is also clear that this budget is stretched to the limit.

The Police funding settlement for 2019/20 will be announced in December and it is almost certain there will be an increase in the Police precept on our council tax, allowing more officers to be recruited. Looking beyond this, the next multi-year Spending Review will take place in 2019 and I told the Home Secretary he will have my total support in arguing for increased central Government spending on policing, which he has committed to do.

We all know the difficult economic environment we have been operating in since 2008, and that a huge programme of Government spending has just been announced for the NHS which eats up a lot of financial headroom. However, we *have* to get on top of the crimewave we are witnessing and I am going to keep banging the drum for the resourcing we need.