Cracking Down on Crime in East Cleveland 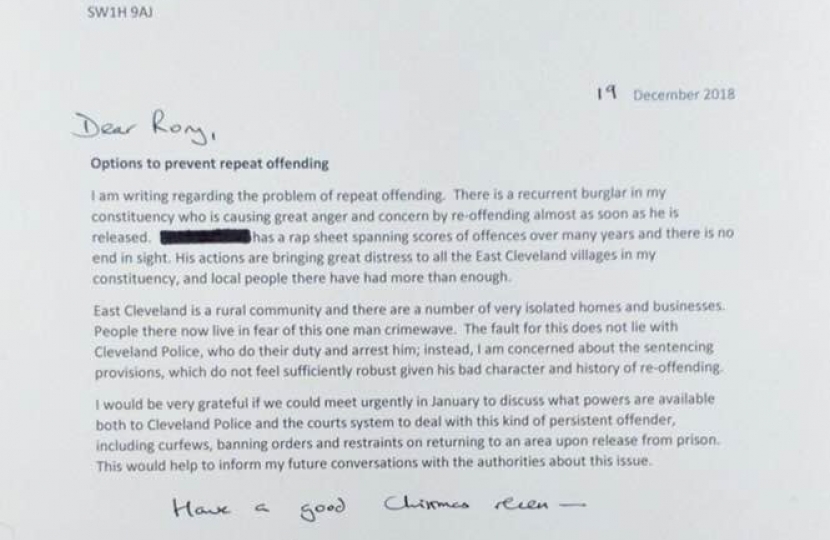 East Cleveland residents will be aware of an individual who is a serious repeat offender in committing burglaries and robberies in Lingdale, Skelton-in-Cleveland and Loftus, re-offending almost as quickly as he is released. I will not name him here and please do not do so in the comments below. I do however want to provide reassurance that I understand the depth of frustration about the situation and am acting on it.

A number of you have contacted me recently asking what can be done to prevent this behaviour from continuing indefinitely. I have written to the Minister, Rory Stewart, asking for an urgent meeting to discuss the powers that are available to the Police and the courts service - including tougher sentencing, banning orders and curfews. I will then take this up with the authorities locally.