Conservatives delivering Brexit vs Labour trying to stop it 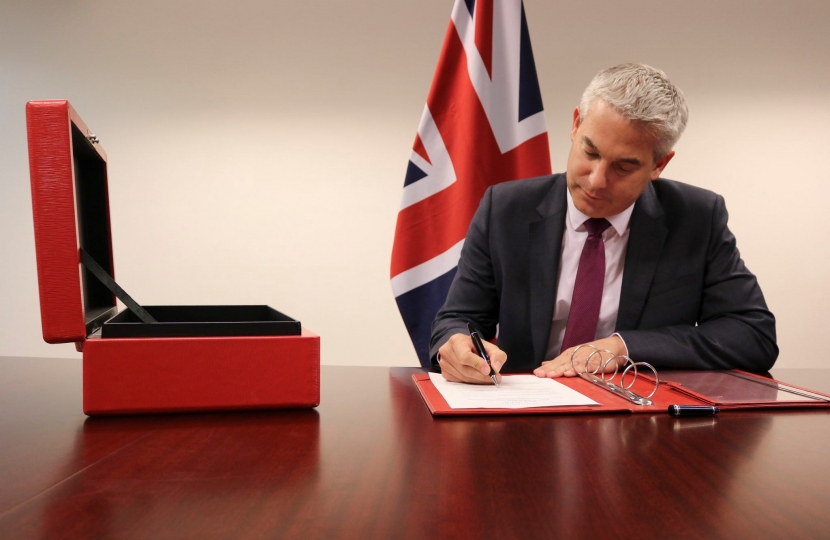 Today the Brexit Secretary Steve Barclay has signed into law the repeal of the European Communities Act 1972 with effect from 31 October. Under Boris Johnson, the Conservatives are committed to leaving the EU on that date, with or without a deal.

The other key document this week was sent by Jeremy Corbyn. I attach it so you can read his own words: "Following a successful vote of no confidence, I would then seek support for a strictly time-limited temporary Government with the aim of calling a General Election, and seeking the necessary extension of article 50 to do so. In that General Election, Labour will be committed to a public vote on the terms of leaving the EU, including an option to Remain."

In other words, Labour want to stop us leaving on 31 October and want a second referendum - in which they will campaign for Remain.

I believe MPs do not get to choose which votes they respect. As your MP, I have always acted to honour the referendum decision. When Parliament returns on 3 September, I will do exactly the same.

If there is a General Election, I will be able to look my constituents in the eye and say I kept my word. Labour will have broken theirs catastrophically.

Well, it was quite a night! Thank you to everyone who voted for me and Conservatives.