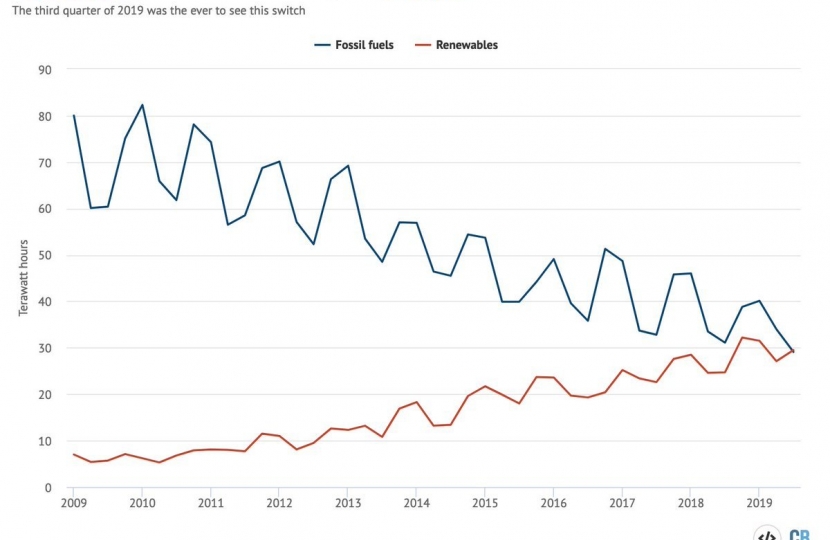 If you're like me, you'll have been driven mad by the Extinction Rebellion people parading around London this week - not least because they're costing millions to police and taking thousands of officers from across the country away from fighting crime.

The best news is that yesterday it was confirmed renewable energy sources provided more electricity to UK homes and businesses than fossil fuels over the last three months - the first time this has ever happened.

We have a long way to go to meet the Government's legally binding target of the UK being carbon free by 2050 ("net zero emissions"), but this is fantastic progress.

It's also proof that the Extinction Rebellion types should be protesting elsewhere, and not in the country that is decarbonising faster than any other major economy.

You can read more here