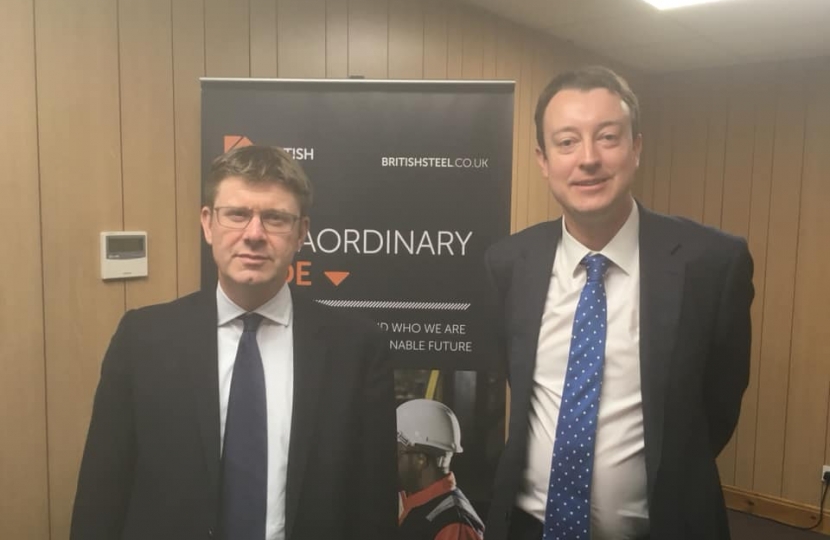 I’ve been in Doncaster this morning for the weekly meeting of the British Steel taskforce with Business Secretary Greg Clark, Ben Houchen Tees Valley Mayor, the company and the trade unions.

The formal deadline for bids to be received was midnight. The good news is the Official Receiver says he is “encouraged” by what he has seen and he and the Special Managers are now hard at work examining the offers on the table. We won’t know more at the present time because of commercial confidentiality, but everyone should be assured the process is firmly underway.

There were further updates around safeguarding the future of apprentices in all scenarios, the planned shutdown of the plant for summer work (which is an annual event and should not prompt concern) and the ongoing strength of both production and the company’s order book into the future.

Simon is backing local businesses large and small to succeed and bring jobs to our area.  Unemployment is down by almost 50% in Middlesbrough South and East Cleveland over the past 7 years but there is much more to do.

The South Tees Mayoral Development Corporation will transform the Teesside economy. I am lobbying ministers hard to ensure we receive the funding needed to clear up the former SSI site.