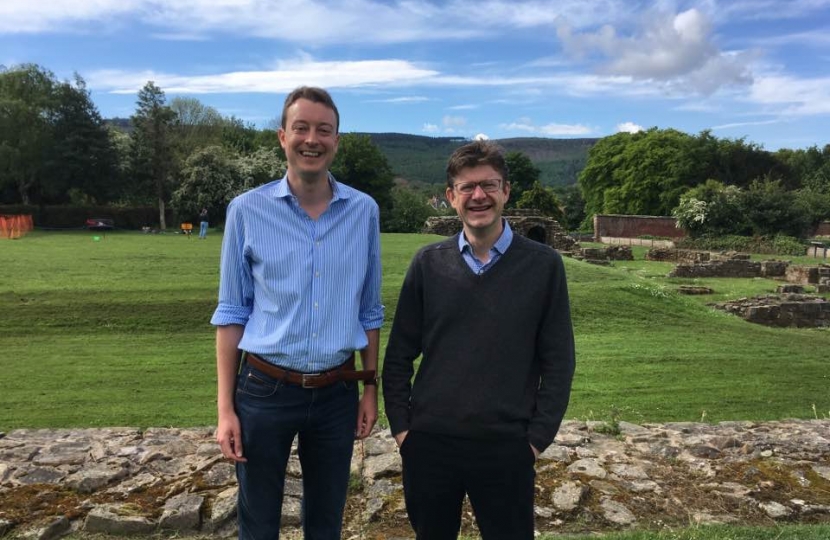 Simon is also working with local and national organisations to tackle the problem of plastic pollution.

The Teesside Collective, a cluster of local firms working with the Tees Valley Combined Authority, want to bring the green technology to our area – a move that could turn Teesside into a ...magnet for investment and create thousands of jobs.

CCS can capture, transport and permanently store up to 90% of the CO₂ emissions produced by industrial facilities, preventing them from entering the atmosphere. It is a pioneering technology for tackling climate change in an affordable way.

Simon has briefed Ministers on the technology and why Teesside is widely recognised as among the best places to launch a CCS project in the UK.

Ministers have set out the detailed questions the Teesside Collective need to answer before the project can move to the investment stage. The questions include the financial contribution that will be made by industry, the scope for cost reductions over time and how the business model could be adapted in the event of possible changes to emissions trading after Britain leaves the EU.

Back Simon's Efforts to Protect Our Environment

If you're like me, you'll have been driven mad by the Extinction Rebellion people parading around London this week - not least because they're costing millions to police and taking thousands of officers from across the country away from fighting crime.

Delivering for Teesside at the Treasury

This summer is the hardest-working of my life as I get fully settled into my role as a Treasury minister, and I thought it would be worth setting out a bit more about my responsibilities.

Cross-border work for our planet

I had a really positive meeting with the Italian Ambassador Raffaele Trombetta and our Energy Minister Chris Skidmore on Monday.

Yesterday was absolutely jam-packed! I was proud to:

I give a warm welcome to today’s legislation and to the Minister, who has taken this brief by the scruff of the neck since he was appointed, for which we are all grateful.

? The U.K. energy grid has just gone a whole week without burning any coal, a historic achievement.

Last week, the Committee on Climate Change formally endorsed the campaign I have been leading for us to become carbon neutral (“net zero”) by 2050.

After meeting residents and Councillor Graham Jeffery in Hutton ward on Friday to discuss the site clearance off Meynell Avenue, I sat down with your local Conservative councillors.

A big thank you to everyone who turned out for yesterday’s public meeting about the felling of all the trees off Meynell Avenue in Guisborough last week, which is clearly visible from The Avenue.